Service coordinator Luther J. Dupree, Jr. has dedicated his personal and professional life to uplifting his community, especially the youth. For his efforts, he is being honored as one of New Pittsburgh Courier’s 2021 Men of Excellence this May.

Those chosen for the honor are men who are lauded as role models for the next generation, excel at encouraging others through their leadership, and who make achievements professionally and positively impact their communities.

Luther will be among the awardees honored at a private reception next Friday, April 16  at Savoy Restaurant in the Strip District. A virtual awards ceremony will be held on Friday, May 21. A special commemorative edition will be published in the Courier’s April 14-20 edition.

Upon his graduation from Howard University, the Peabody High School alumnus founded Steel City Sports World (SCSW), a nonprofit 501 (c) 3 organization with a mission to improve the lives of young people from underserved communities in Pittsburgh and the surrounding areas through sports and the media.

“I feel very blessed and honored to receive this award,” Luther says. “I love helping people and working with the great staff at Pittsburgh Mercy and Steel City Sports World.”

Through SCSW, he has awarded hundreds of trophies and awards during his live television show, which celebrates youth achievements. He developed free flag football and basketball leagues to provide at-risk youth with positive activities.

Luther is a member of MAD DADS (Men Against Destruction Defending Against Drugs and Social Disorder) and has been a mentor for several years with Amachi, a youth organization.  He is the president of the board at Pittsburgh Community Television and has the longest running, live sports show on PCTV-21.

As a service coordinator with Pittsburgh Mercy, he supports adults and families struggling with mental health issues. He received the Consumer Choice Award at Pittsburgh Mercy and was featured in a promotional campaign for our organization several years ago.

Luther serves as a lay minister at Rodman Street Missionary Baptist Church, where he is one of the teachers for the youth classes. A devout family man, Luther and his wife Simone have three children, Jacoby, Nia, and Destiny. 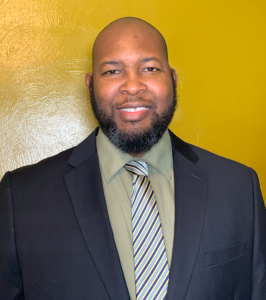